Florida’s coral reefs are in danger. Here’s the team fighting to save them.

It’s hard to notice when you’re on the beach or stretched out on the sand under the sun, but there’s a battle going on under the waves of Florida’s waters. Florida’s Coral Reef, which extends for 350 miles off the southeast coast, is in danger. It’s been devastated by hurricanes and global warming as well as by Stony Coral Tissue Loss Disease.

The reef has lost 90 percent of its coral cover. Put in a global context, that’s huge: coral reefs generate half of the oxygen on our planet, while absorbing one-third of the carbon dioxide produced from burning fossil fuels.

“Florida’s Coral Reef is really in an existential fight for its life right now,” said Jim Ritterhoff, executive director and co-founder of Force Blue, a nonprofit that deploys military veterans on diving missions to help restore reefs around the world using techniques like outplanting, or attaching restored coral to an existing reef to promote rejuvenation. He and his partners established Force Blue to address the plight of oceans and marine resources in tandem with the challenges faced by returning combat veterans.

“Through Force Blue, we’re able to give our veterans a new mission — something larger than themselves to want to go out and accomplish,” he said. “But at the same time, we’re able to provide this incredible workforce for the marine scientific community.” 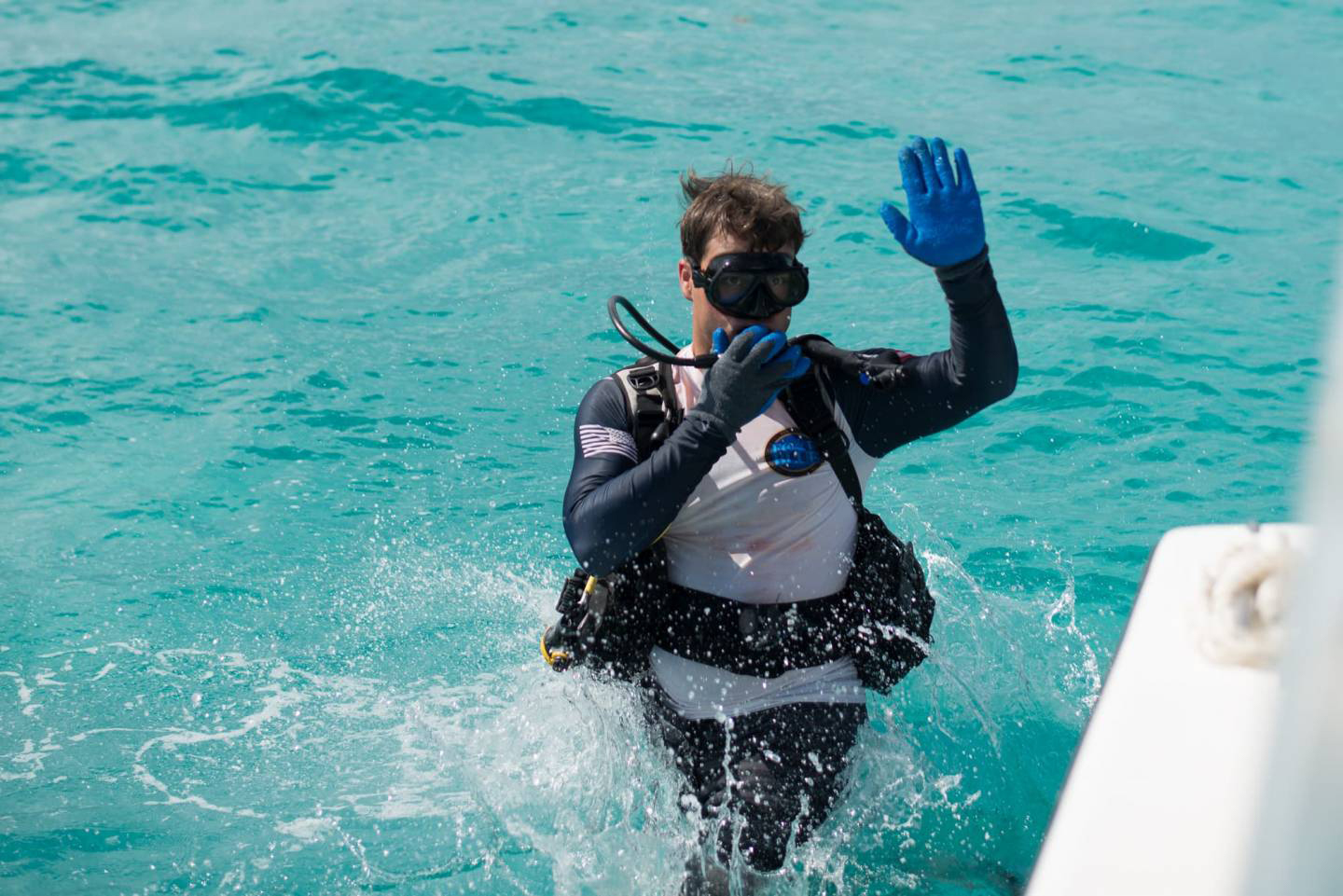 Force Blue has been heavily focused on Florida waters for the past three years, thanks to a partnership with the National Oceanic and Atmospheric Administration (NOAA). NOAA brought the team to Florida after Hurricane Irma hit, then sent them to Puerto Rico after Hurricane Maria hit. They returned to Florida shortly after, when the Florida Department of Environmental Protection looped them into this fight against coral disease.

“Florida’s Coral Reef is the only coral barrier reef in the continental United States,” Ritterhoff said. “It’s the third largest in the world, but it’s in our waters. Obviously it’s a very patriotic thing to want to save it if we can.”

For his team of about 15 veteran divers, though, the mission runs deeper.

“Our guys see a lot of parallels between themselves and these reefs,” Ritterhoff said. “A lot of the issues that they have transitioning back into civilian life are beneath the surface. You look at them, they look fine, they look healthy – but deep down, they’re struggling. Coral reefs are the same way. Unless you’re a fisherman, unless you’re a diver, unless you make your living on the reef, you probably don’t even realize it's there. But there’s a struggle going on beneath the waves. And it’s a struggle our veterans are uniquely suited for."

That’s why they fight for this community of corals within Florida’s Coral Reef. And their commitment just shifted into the national spotlight for a second time. During the 2020 Super Bowl in Miami, Force Blue teamed up with the Super Bowl Host Committee and NFL Green to celebrate the centennial season of the NFL by outplanting 100 pieces of coral. They then launched 100 Yards of Hope, an effort to outplant a section of coral as large as a football field.

While COVID-19 interrupted their 2020 timeline, the project is continuing as part of this year’s sustainability work. Plus, Force Blue gained additional Super Bowl partners, including Pepsi Stronger Together.

So this year’s Super Bowl host city, Tampa Bay, isn’t getting overlooked by the team – on Jan. 25, the Dive 55 Ocean Clean-Up kicked off. Teams of 55 volunteer divers and 55 volunteer debris sorters cleared debris and ghost gear (obsolete fishing gear) out of Spanish Rocks Reef in Anna Maria, Fla. They sorted it to be recycled, repurposed or properly disposed of. 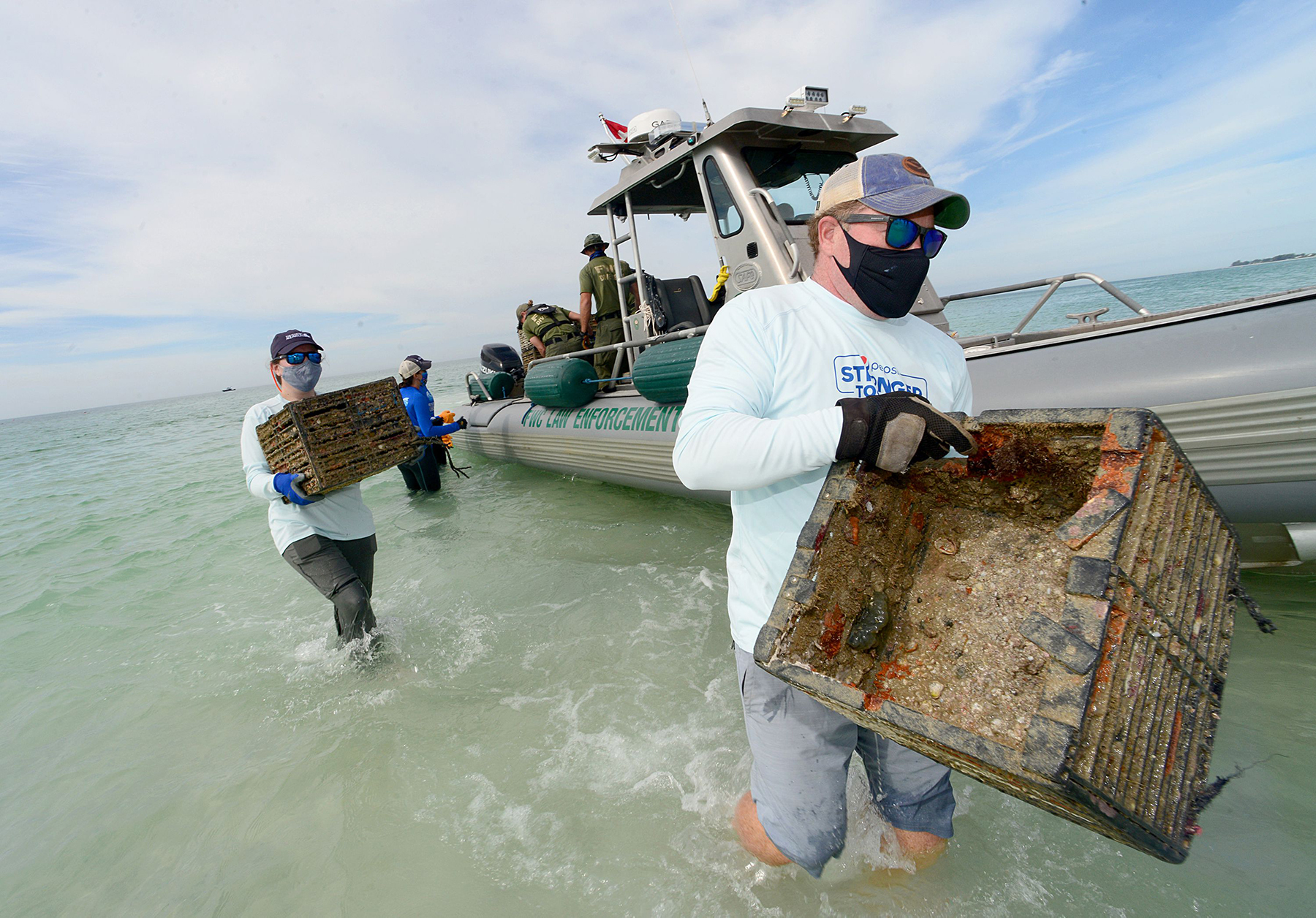 “The problem of ghost gear and marine debris is a big one,” Ritterhoff said. Every year, 640,000 tons of fishing gear alone end up in the oceans. “And it is something that we are just excited to be partnering with Pepsi as Force Blue to get out there and do something about it.”

Even after these Super Bowl projects are completed, the mission will stay urgent to restore Florida’s reefs – especially Florida’s Coral Reef.

“Projections suggest that if immediate steps aren’t taken,” Ritterhoff said, “it’s going to be gone in our lifetime. We refuse to sit idly by and let that happen."

Learn more about Force Blue and their missions to restore coral reefs in Florida and around the world here.